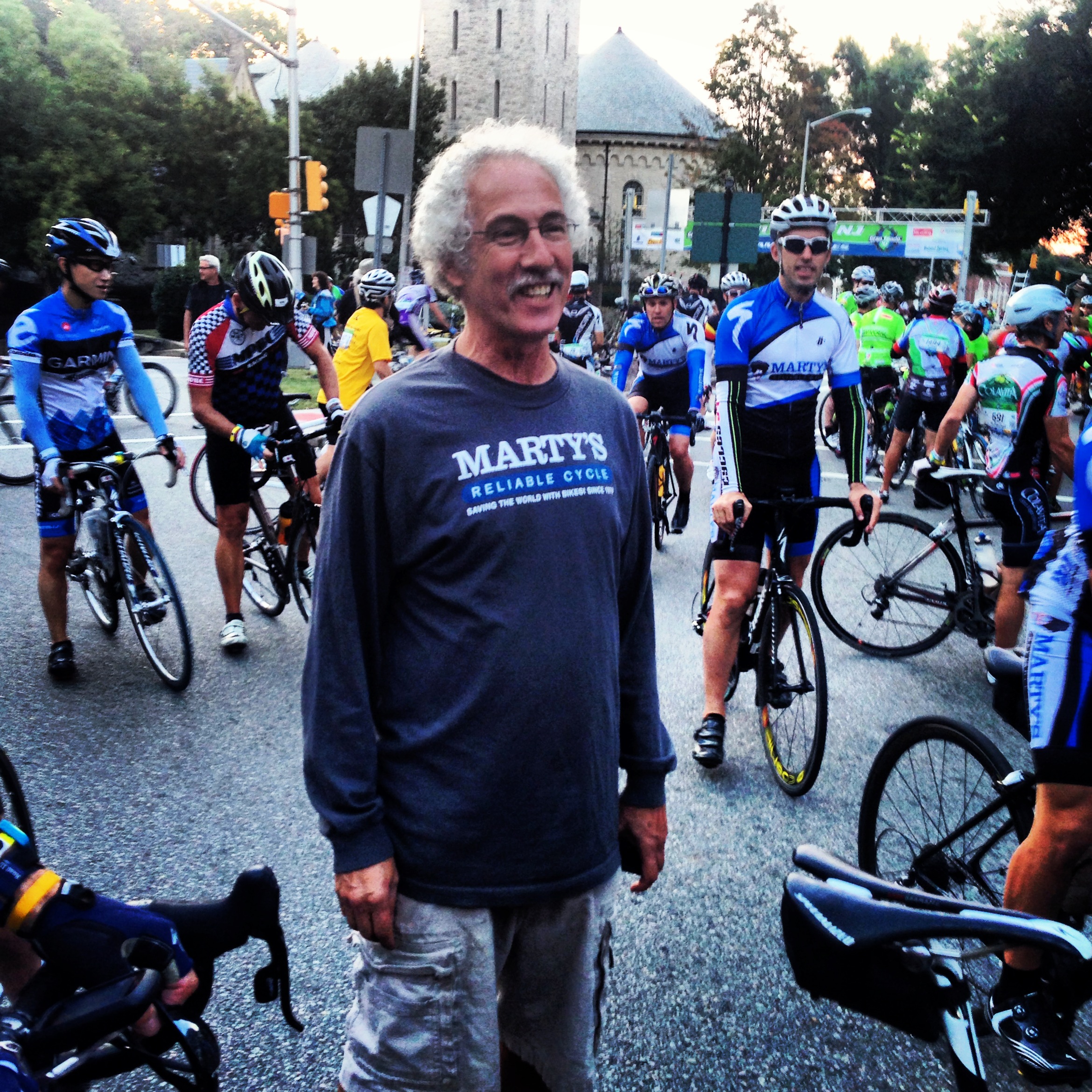 It was 2008 and I decided, after getting a taste of cycling, that I wanted to buy a road bike, however I had no clue where to begin. I didn’t know if Trek was better than Specialized or Cannondale. I didn’t know anything about Shimano or SRAM, or why 105 might be better than tiagra. It was all a mystery to me. Also, many shops in 2008 didn’t stock women’s bikes, as women’s cycling hadn’t really exploded yet as it has today.

I visited several bike shops where they didn’t have any bikes that I wanted to see in stock and where the employees talked to me about bikes at way too high of a level. I usually wound up leaving the shop more confused than when I arrived.

Finally, I took a trip to Marty’s Reliable Cycle in Randolph and was surprised to be greeted by Marty himself! Marty was friendly, approachable and seemed to know how to explain things to people who were relatively clueless about bicycles. I had a particular bike that I was interested in, but again didn’t see that model anywhere in the shop. I started to feel dejected about not being able to see yet another bike in person, but Marty quickly ran down into the basement  and came up with a big box that contained the disassembled bike of my dreams. He was able to at least show me the frame and give me confidence that I was making the right decision with choosing that particular bike. After that day I was both sold on the bike, on Marty and on Marty’s Reliable as my bike shop of choice. In the years that followed, Marty encouraged me to join rides and complimented me as I became a stronger and faster rider. Again, at that time, there weren’t many women going on those rides, and Marty applauded me for being able to keep up with a group of experienced men and often told me to “show them who was boss,” which I tried to do every chance I got. When he recommended me to be featured in a newspaper article about women’s cycling back in 2011, Marty began to refer to me as “THE Marty’s girl,” which made me chuckle but was also an honor. Photo by Robert Karp, formerly of the Daily Record

When I started coordinating my own rides and events in order to get more women riding together, I approached him for help. Whatever ride or event I came up with he always just asked what he could do to help and what I needed from the shop to make the event successful. Every time I saw Marty he always greeted me with a warm friendly smile and a hug before thanking me for any efforts I was making to get more women or more people in general out on bikes. Selling bikes was his business, but it was clear that Marty loved seeing people develop an interest in the sport of cycling. Whether they came into the shop and bought a ten thousand dollar race bike or a four hundred dollar hybrid, he greeted them with a smile and gave them his full attention. He advocated for safer roads for cyclists and I think of him whenever I ride through the streets of Morristown and see all of the “Share the road” and “Cyclists may take Full Lane” signs along the streets.

The impact that Marty made on the lives of so many cyclists over the years was made even more apparent by the number of riders that came out to say a final farewell in his funeral procession. The cycling community will not be the same without him, but we can all do our best to help his legacy live on by riding and giving back to the cycling community. Tags:cyclingsaving the world with bikes