Looking back on my First Decade of Cycling 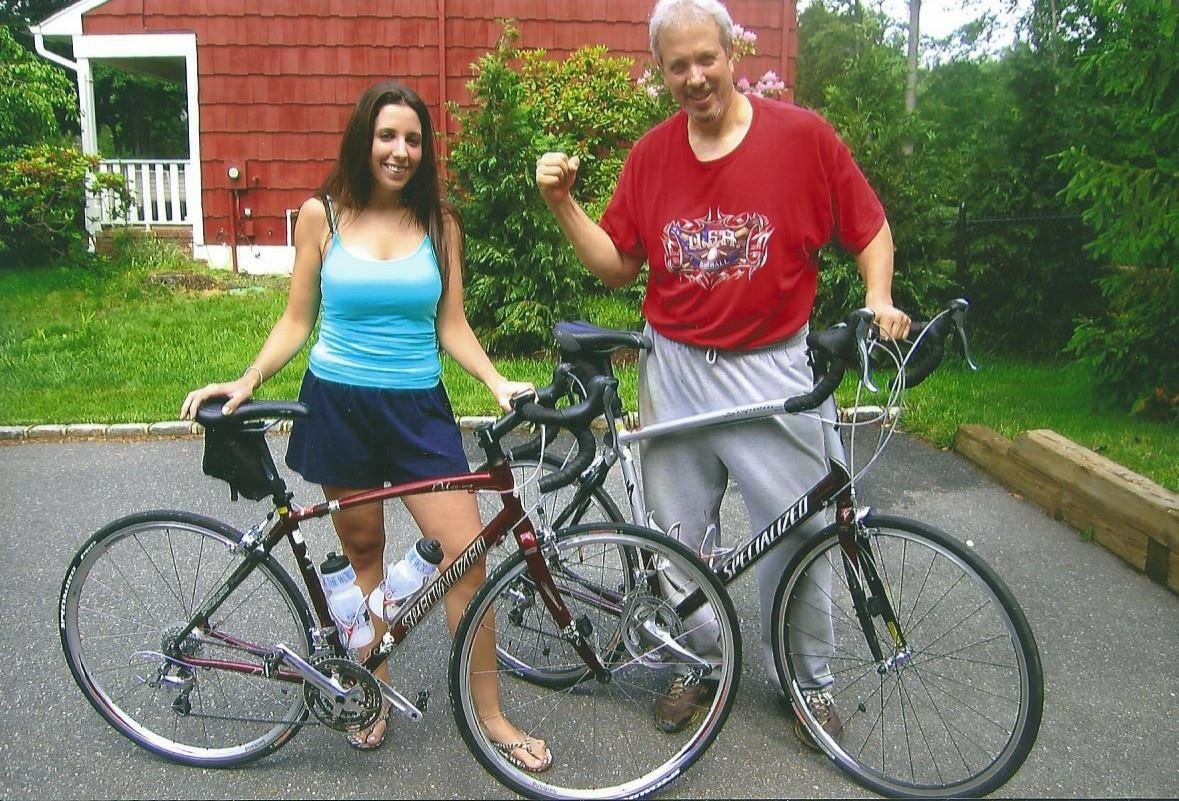 As the calendar turned from 2018 over to 2019, I realized that I was entering my eleventh year as a cyclist. I began to think back upon all of my “firsts” and what I had learned through the thousands of miles ridden in my first decade of cycling.

In 2008 I bought my first road bike and rekindled a love of bikes that had been absent since I was about thirteen years old. I reentered the world of cycling with minimal knowledge of bikes or the true nature of the sport. When I first walked into a bike shop, I had never even heard of brands like Specialized, Giant, or Cervelo. I remember my dad and I asking our bike shop owner, as he sold us our first road bikes, why the bikes didn’t come with kickstands and if we could get them put on. I’m sure he found that question quite amusing, but he didn’t let on to that fact. My Dad and I with our first road bikes!

I remember my first experience with clipless pedals. I rolled my bike to the bottom of the driveway, grabbed onto my parent’s mailbox, clipped both feet in and then hung onto that mailbox for dear life, wondering what to do next. For some reason it didn’t occur to me that maybe I should just clip one foot in, start pedaling, and worry about clipping the other foot in later.

I reminisced about my first “real” bike ride. It was a relatively flat twenty-five miles which seemed to take hours upon hours and by the end of which I flopped on the kitchen floor and didn’t get up again for a good five to ten minutes due to sheer exhaustion.

In 2009 I competed in my first triathlon. I thought I had trained sufficiently, but I was in over my head, almost literally. It was May and the water was so cold that it took my breath away. I somehow flailed, and dog paddled my way through the half mile swim leg, reached the transition and then developed a bad cramp in my calf as I tried to pull my wetsuit off. Feeling tired and frustrated I almost quit right then and there, but some words of encouragement from my dad, standing outside the transition area, convinced me to continue on. I finished the race and then swore that I never wanted to do a triathlon again. In spite of that first tough race, I continued on to compete in over fifty other triathlons, including half iron man races and national championships. In 2011 I rode my first century. The day was blazingly hot and the ride was incredibly hilly, but it is still one of my fondest cycling memories. I never would have imagined after that first twenty five mile bike ride that a mere three years later, I would be out riding four times that distance on vastly more challenging terrain.

In the fall of 2012 I decided to make an effort to get more strong women together to ride. There were a few beginner women’s rides out there, but none that were aimed at more intermediate to advanced female riders. Through Strava I started to connect with stronger and more experienced local female cyclists and began to organize rides. The first couple of rides were small, with only four or five riders, but  slowly they began to grow. Since then I have led rides of all different sizes and levels, on and off the road, and have met so many wonderful women who share my love of riding.

In 2013 I entered my first bike races; the first if which was a time trial. I was pretty clueless about TTs and as a result I didn’t warm up enough and then almost fell into the timing clock when released at the held start. Later that summer I entered my first road race. Without any real experience or guidance I did entirely too much work dragging riders from other teams around, but had a lot of fun doing it. In 2015 I decided to give mountain biking a try. At first, I pretty much fell in to the dirt every ten minutes or so and walked the bike significantly more than I actually rode it. I quickly learned that mountain biking was much more about confidence and skill as compared to riding on the smooth pavement of the road. While even now I am far from being a pro in the woods, I am learning and improving every week, thanks, in part, to becoming a coach for our wonderful NICA youth team.. The fearlessness of the kids on our team inspires me and motivates me to want to be a better mountain biker. I went from having one bike to having five for all different aspects of the sport.

I have ridden in the extreme heat, the extreme cold and even through an entire pregnancy.  I have met tons of new people from all different walks of life, all with the same passion for the sport of cycling. I still have so much more to learn and many more miles to ride, but I feel like I have come a long way from being the scared girl, hanging onto that mailbox with her feet clipped in, wondering why her bike didn’t have a kickstand.